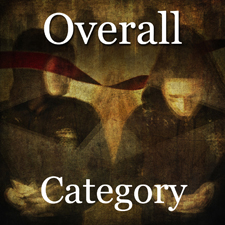 The Overall Winning Category consists of the 10 Best images for the gallery’s 4th Annual “All Photography” Art Competition.

All of the winners will now be featured on the Light Space & Time website for the month of February 2015 and thereafter, the artworks and links to the artist’s websites will remain online in the Light Space & Time Archives.
Congratulations to our photographers who made our “All Photography” Art Exhibition so successful this month. At any time, we invite our winners and other interested visitors to link their websites to the Gallery’s archive page for further ongoing promotion.

The Light Space & Time Online Art Gallery will have digital “All Photography” Award Certificates, Event Postcard, Event Catalogue and Press Releases sent to the winning artists within the next week or so. Thank you to all of the artists who participated and for being a part of the gallery. To return to the All Photography Art Exhibition Page.

Andrew’s work often takes two avenues of theme: a darker, sometimes scary world of unseen nightmares, and a nostalgic playground of warm memories, much safer and happier than the former. Always looking further than traditional methods of photography, digital manipulation allowed Andrew to communicate and share his view of the world. A constant need to lace his work with elements of obscure visions, Andrew delivers visuals the viewer can connect with on multiple levelsInternationally, Andrew was given opportunity to exhibit work in USA, at Skyward – The world Above Us, an exhibition held at Gallery 1650 in Los Angeles. His vision today is to capture the world as we know it, and present it in a way that we may not.Andrew Paranavitana is an independent photographic artist, residing in Melbourne, Australia. His driving passion for photography began in 1994. Since then, Andrew has exhibited works throughout Australia.

Through the use of deep, earthy tones and rich textures, Andrew aims to communicate a sense of dark, emotive mindsets and thought processes. Inspired by the teachings of Carl Jung, psychological symbolism and personal experience, Andrew has created this series as an analysis of our subconscious and the negative emotional responses that live – often unchecked – within.

Andrew’s future holds many opportunities through studio work, creative collaborations and the long term goal of opening his own creative space to share with like-minded photographers and fellow students from RMIT. Andrew’s website www.andrew-paranavitana.comistwebsites.com

Using her camera as an instrument that can explorer and document the spirit of animals and the desert, inspires Maureen to create images that delight and surprise the viewer. Maureen’s main subjects are horses, desert animals and landscapes. Finding inspiration in her subjects and the serenity of the Sonoran Desert, Maureen is most happy when she can photograph animals with a desert backdrop.

Taking photos since her high school days, she was the photo person at family gathering and events. She documented the lives of her children and friends in photos. In the early 2000’s Maureen purchased her first digital point-and-shoot camera and fell back in love with photography. After pushing her point-and-shoot to the limits Maureen purchased her first digital DSLR camera in 2008.

After tens of thousands of photos and many photography classes in 2009, Maureen started FastWinn Photography named after her Arabian Horse Winn. Maureen enjoys combining her love of horses and the desert by taking photographs of the rare Colonial Spanish horses, the wild horses of the Salt River Basin, portraits of people with their horses and pets, and the landscape of the Sonoran Desert.

Maureen Kirk-Detberner and her husband share their home in the desert with three horses, two dogs, one cat and six chickens.  www.FastWinn.com

Corey is a landscape and wildlife photographer from Manitowoc Wisconsin. After buying his first camera in 1981, he set out to document the area around his little hometown. Knowing there was more to see that what was out his backdoor, he began using his vacations to travel around the United States exploring all the new possibilities. When he would return from these trips he would spend hours self-critiquing his photos. His skill as a photographer slowly improved.

Mostly a self-taught photographer, Corey used books by John Shaw, Art Wolfe, Freeman Paterson, and Ansel Adams to fine tune his craft and expand how he sees the world.

For the past 20 plus years with his wife Cindy, he continues to travel around the state of Wisconsin and the country capturing the beauty of the natural world.  www.choppenrathphoto.com

William grew up in a family where looking at photographs was a common occurrence. His father and grandfather were both prolific photographers and the family did a lot of traveling around the country when he was growing up, so there were often slideshows to watch when they got back.

He took a few photos through his teenage years, but then he did not really pick up a camera again until he was in his early thirties. As he rediscovered hiking he developed a corresponding interest in mountain and landscape photography, fueled by the amazing pictures in magazines such as Climbing and Rock & Ice.

He got my first digital SLR back in 2002 (a Canon D60) and he used that until about 2011. “Over the last several years, I’ve become much more intentional about my photography, learning about post-processing and focusing on composition, light and color to create images that I feel comfortable sharing with others.”

“In terms of style, I draw a lot of the Impressionist movement and the Hudson River School, trying to capture the emotion of a scene, best expressed through emphasis on color and light, rather than photo-realism. I shoot a lot of HDR (High Dynamic Range) and have been experimenting recently with software tools that allow the user to create a more painterly feel to photographs.  His website is http://www.willnourse.photography

Laurie Campbell is a fine art photographer based in Northern Ireland. What started as a hobby, has evolved into more than a passion, becoming a kind of therapy in my battle with, and journey through, depression.

As a photographer, I find myself drawn to the quiet and unassuming, the discarded and the disregarded, and the quietness of places that are often over-looked. I do not want to simply capture an image, but rather transform what my eye sees into what my heart feels. I work intuitively and instinctively, layering and blending textures & colours, giving my images a painterly feel, and encapsulating a sense of stillness and reflective calm.

Laurie has a MFA degree in Fine Art Photography.  www.lcimages.co.uk

Durga Garcia is a published, International Award winning and merited photographer of fine art images. She is a South Florida based freelance professional photographer of projects, portraits and art for artists. With several long term projects and books to her credit.

Durga brings a most uncommon background to her pictures, a past that has her living in many countries and across America, working as a racehorse trainer, steeplechase jockey, equine veterinary paramedic, certified art appraiser, yoga teacher and member of the U.S. International Pistol Team.

She has parlayed her years of experience as a certified art appraiser into a special talent for conveying those nuanced details. Keeping current her senior fine art appraisal accreditations, from America Society of Appraisers & International Society of Appraisers. Having images in Public and Private Collections. www.durgaGarcia.com

Ian is a former textile designer with a master’s degree in visual arts, He likes to take photographs with harmonious colour schemes and he I believes that an image that is aesthetically pleasing to the eye will capture the attention of the viewer.

One of these images (Bus Shelter), is part of an on-going project.  This image was shot in a bus shelter above Hebden Bridge in West Yorkshire, after a rain shower.

He is interested in the way everyday landscapes and cityscapes are transformed when viewed through scratched and graffiti etched plastic bus shelters.

“I like the idea of natural light, artificial light, rain, reflections, scratches and graffiti combining to create a unique and altered perspective of what would normally be considered a mundane view of our environment.”

He continues, “The final composition has been created, albeit unintentionally by the bus company, the plastic panel manufacturer, the graffiti artist and by nature. My contribution is the idea, the viewpoint and the post processing.”   www.iangilmour.co.uk

Gene Cheltenham has turned his artistic energies to photography and digital painting after retiring from an award winning career as an art director, graphic designer, illustrator and product designer. Gene has exhibited both in the United States and Europe online as well as in books and publications such as: Los Angeles Times, BBC, One Life-Stories Told through Photography, Still Point Art’s Quarterly, Print Regional Design Annual, Print Magazine, Budget Travel Magazine, Art Direction Magazine, Graphic Design USA and others.

Originally from New England, he has lived in California for most of his life. A lover of travel, he has been to 35 countries as well as many states in the U.S.

His wide-ranging professional and travel experience is reflected in the various photo and digital paintings which range from landscapes, still life, cityscapes, nature and floral, as well as abstract images.  g.chelt@gmail.com

Mary Heller, a New Yorker, has been a professional photographer for some forty years.

In the beginning she used a large-format camera and painstakingly printed each image herself. Her first photographs were abstract black and white pictures of interwoven shapes and shadows with architectural references. This approach led to a series of nudes with the same stark definitions. A period followed in which she experimented with printing double images in the darkroom, a series called Illusions. In time, she replaced the view camera with a Hasselblad. Now the Hasselblad has been replaced by a digital camera and the darkroom by a computer.

In the course of her work, she has travelled widely, going to over twenty countries as well as many parts of the United States, but the geographic location and identity of her subjects has not been paramount. What is important is the emotional impact, light, and transience of the subjects she has discovered. The resulting images are eclectic but share a common sensitivity and awareness. Until recently, people have rarely appeared in her photographs. She has always preferred the silent beauty of place.  www.maryheller.com

He is an artist who specializes in digital photography, and works mainly with landscapes, wildlife, and abstracts.

Larry states this about his art, “My goal in photography is to take the viewer to the scene then get them to linger there and reflect on it. I want more than just an aesthetically nice, technically skilled photo; I want to link the viewer emotionally to subject and place. When I visit a place to shoot, I spend time studying to get a “Sense of Place”; an understanding of what processes have shaped the place and what processes are influencing it at the time I am visiting. I’ve studied the work of great landscape painters and photographers to inform my compositions and use of light. I’m trying to fuse those influences into a style that is uniquely my own.”

Some of Larry’s photographs have received recognition in competitions with photographers around the world.

“I have stood in wonder and awe, watching the beauty of the world around us. And I am blessed to be able to share that with you through these pictures.”  www.earthwatcher.us